We all know that Sunday’s FA cup semi-final will be remembered for Chelsea’s controversial second goal that never was. The back pages in today’s papers have predictably been dominated by this moment in the game. However, the debate over goal line technology is one that will rumble on until July at least, when the International FA Board meeting is scheduled. So until then I would like to leave it at that.

What shouldn’t be forgotten are the two standout goals of the game.

To start things off, Didier Drogba’s classy strike was a vintage goal. In his signature style, Drogba shrugged off the figure of William Gallas before spinning towards goal to smash the ball into the top corner. The power and speed of the shot made it unstoppable and added a piece of brilliance to a game that was failing to reach its high expectations. 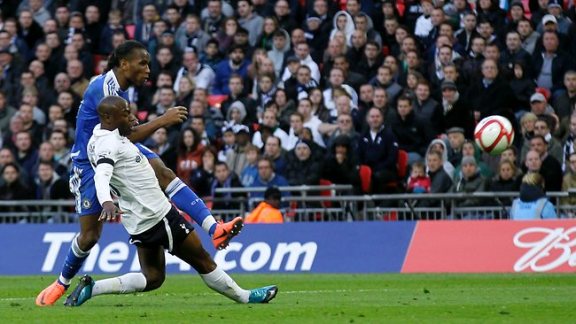 Didier Drogba scores the first goal in the FA Cup semi-final, his seventh goal at the New Wembley.
Source: http://heraldsun.com.au

Lampard’s free kick was also one to savour. With some spectators convinced that the goalkeeper had been deceived by a deflection, the replays showed this to be untrue. Lampard had perfectly placed the ball into the bottom corner and it was a stroke of genius.  His free kick was one that both Lionel Messi and Cristiano Ronaldo would have been proud of. 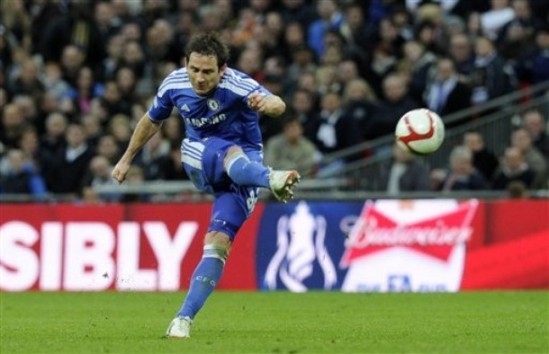 It was a game with two great goals and a weekend with two great FA Cup semi-final ties. So let’s try to forget the controversy surrounding Sunday’s game and look forward to a fantasic final that could make or break the season for Chelsea or Liverpool.

For more posts on The Beautiful Game click here